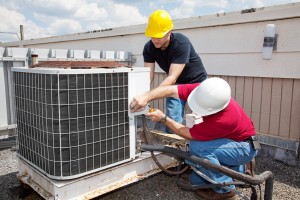 AC unit installation companies touch more lives, in more essential ways, that most people realize. This is because Americans of all backgrounds and walks of life rely on air conditioning, sometimes even taking it granted. Sure, there are millions of Americans who still live their lives without either central air conditioning or window air conditioners. But once a person lives with air conditioning, chances are they will never go without it again.

The technology that led to the invention of air conditioning dates all the way back to the early 19th century. While the first air conditioners proved too expensive for the average American homeowner to afford until the mid-1950s, they became a hit in movie theaters beginning in the early 1930s. The theaters’ owners found that installing AC was a huge draw for patrons looking to escape the sweltering summer heat, and was a great way to sell tickets. This means residential AC repair was pretty slow at first, while commercial air conditioning repairmen were among the few Americans who were actually employed during the misery of the Great Depression.

In fact, AC unit installation experts contend that even the most cutting-edge air conditioning systems need to be inspected twice per year. The first inspection should take place in the mid to late spring, and far enough advance of the hot summer season. It should be inspected a second time during the fall, which is the time when many homeowners trade their air conditioning for heat. An inspection might show that a homeowner needs either an AC coil replacement or AC fan motor replacement, but that is a heck of a lot better than paying for AC replacement costs for an entire AC unit replacement!